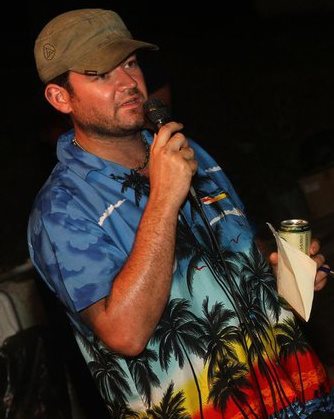 I had a chat with Tim Barnett from Shoreline Paintball. He is one of the organizers of Big Games with a “different” touch. I visited the first of Tim’s Big Games in 2010, the 1st Tippmann Challenge UK and I was impressed. Since then I visited two more of his Big Games and my plan is to visit some more this year. He is a great guy and I feel honored to know him.

UR: Tell the world a bit about you.

TB: Not much to say. I’m in my mid thirties and married with three kids. I live in Wales and I work in the paintball industry. I’ve got a small paintball site and an online shop, but my main business is the big paintball events that we put on all over Europe.

UR: In 2011 you worked together with other paintball organizers to start the Super6 Series. How did this idea get its start?

TB: The idea first started over a beer in a café in France with Paul Banks of Tippmann. We both felt that Big Games in the UK were not as good as they are in other countries and we talked about what would be needed to put the UK Big Game scene into the top category of           games in Europe. From that conversation the ethos and ideals behind the Super6 was born and the rest…..as they say…..is history.

UR: Beside the Super 6 you had another Project called “Guerilla Paintball”. These Games were not like common Big Games. These games were absolutely crazy with games in old factories, Military training villages and last but not least a whole island in the Mediterranean Sea. Just tell the folks how these ideas were born.

TB: Ha ha….again, beer was involved, except this time it was with my good mate Al Murray. As well as working in paintball, I still play a lot of paintball and am a member of the Tippmann UK paintball team with Al. We’ve both been playing a long time and felt that we needed something a bit more to give us our paintball buzz. So in the pub one night, over lots of beer, we both wrote down and designed our perfect paintball game, fantasy games that were not worried about   price or safety or any ‘real world’ concerns. When we compared notes we’d both designed almost exactly the same game. 3 beers later, and Guerrilla Paintball was born. 3 months later and we had nearly 200 guys running around a former chemical munitions factory kicking in doors, abseiling into rooms and playing the most hardcore paintball anyone had ever witnessed before. Guerrilla Paintball then took on a life of its own and we hired an entire town in early 2011 and in the summer of the same year we hired four islands in Croatia for what was the most outrageous game of paintball in the world. We had submarine pens, fast attack boats, miles of tunnels – it was an awesome experience.

TB: Yes, 2011 was a massive year for Shoreline. We ran our first events in France, we did Croatia and we traveled to the United States and Belgium as well as launched the Super6 in the UK. 2012 is all about ‘locking’ in those advances. I’m not going to try and ‘top’ 2011 because that would not be possible, but I want to make sure that we hold on to the advances we’ve made in the past year and improve on each one again. We’ve got some very sexy events coming up in 2012 in their own right. The Tippmann Challenge UK will have 800 players from all over the world and it’ll be the longest game of paintball ever played anywhere on the planet, 3 days and 2 nights in a 54 hours non-stop game. I’m also very excited to be running the first ever Planet Eclipse Big Game in September and I think that event could be the biggest in the UK this year. So 2012 will be another great year, but a lot of work!

UR: Anything you want to say at the end?

TB: Not really, just that it has been a pleasure to meet so many players from all over the world in the past year and I’m really looking forward to seeing many of these guys again in 2012.