Why Paintball Is Dying 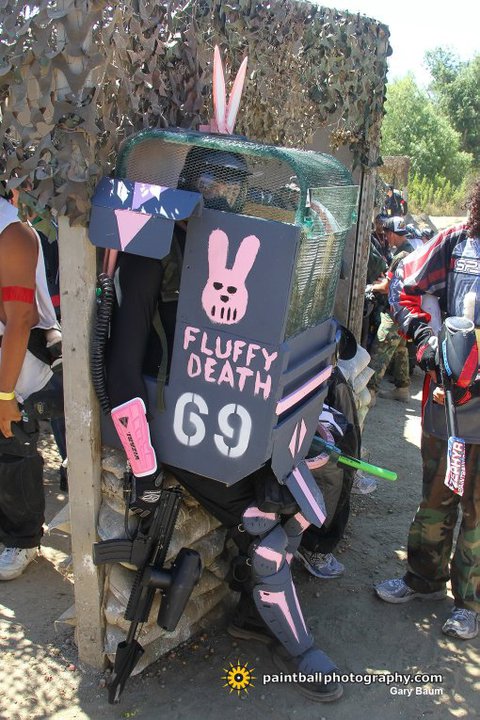 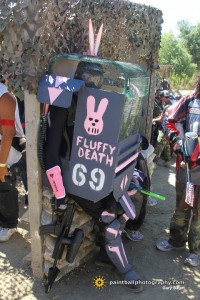 Before I delve into this issue, I would like to introduce myself. I have been playing paintball on and off since 2003, taking breaks for school and military deployments. Even in my absence from the sport, I have always been passionate about helping new players, as well as learning all I can about the ins and outs of paintball. In all my travels since I started playing, as far away as Afghanistan and Kuwait/Iraq, I have always met paint ballers passionate about the sport. When I was offered a trial to write for this blog, I thought this would be a great topic to start off the discussions with, so here goes.

Since I really got back into the sport in 2008 I have heard this argument over and over again; “paintball is dying because of _____”. Is paintball really dying? No, I don’t think it is. I do however see a shift in the dynamic of the sport. To give a little background, paintball started in NH between Vermont and New Hampshire farmers, using Nelson paint markers used to mark cattle for slaughter, and trees for cutting. The sport was born out of pure fun. It was born in the woods, and as of recently, that’s where it seems to be returning to. Woodsball transitioned into speedball, which transitioned into hyperball, which had transformed into today’s tournament air ball. But, with the general playing populace not having as much expendable income to support tournament play, it would appear that the masses are turning back towards the roots of paintball and venturing back into the woods to shoot each other.

Now, does this shift mean tourney ball is dying? Not at all. There will always be some kind of national event circuit as there will always be a need for it. Every sport/hobby has its high level athletes, even it it’s not a physical activity like paintball. There is one thing that is detracting from paintball. An attitude of “if you don’t wear/shoot this gear, you must be a sh*t player” or “if you don’t look like this then you must not be a good player”.

I see this attitude all the time with the younger “tourney inspired” players. Most of us know them as “agglettes”. The “agg” movement within paintball isn’t a good or bad thing, it’s just a natural progression of the sport, but when you have some players taking it too far, then it becomes a bad thing. This “agglette” attitude is chasing away prospective life long players. Who knows maybe the next Nicky Cuba is at a field this weekend, and some agglette treats them like dirt, and they never return to the sport. But, I digress, back to the topic at hand.

Paintball dying…. Not a concept I like to hear, and it is one that I see crop up more often on a few forums. The responses I see are pretty typical, “no paintball isn’t dying, its just your area”, “paintball is just shifting towards woodsball/rec ball/scenario ball”. What are my thoughts on all of this? I see a strong speedball/airball following in my area. Yet, we have an even stronger following for woodsball and scenario play, as evidenced by the 350+ numbers which Outdoor Strategic Games (OSG) Paintball saw this season at BYOP (bring your own paint) and scenario games. Bunch Of Lost People (BOLP) pant ball field also saw record numbers of 60+ people for Monday Night Under the Lights speedball, with an average of 30 people a night. That to me doesn’t scream “OMG!!!111!!1! PAINTBALL IS DYING!!!11!1!1!”. What it says to me is that more and more people are going back to the woods to play versus heading out onto the air ball pitch to ball it up. What’s the cause of this? Could it just be the natural shift in the sport or could it be that the economy is forcing diehard players to revert back to pump and mech play to save money as well as out into the woods for lower cost vs. fun?

I personally still play both. I love getting out on the air ball field and having a blast and I have also gone back to the roots of the sport, picked up a pump, and plan on hitting up the woods as much as I can next season. With events like Living Legends, Invasion of Normandy, Supergame; all pulling in 3 and 4 digit participation. Also, look at the number of vendors, industry and non industry, that show up to sell merchandise at non tournament events.

So, in conclusion, is paintball dying? No. Has it hit a plateau in terms of sales and new players? Perhaps. I think it depends on the area you live in.  Most importantly, the sport is shifting away from tourney ball and going back to its roots. Is this a good thing? I think so. Look at the top of the line tourney companies now making equipment for woodsballers; PE, Dye, Mac Dev, Angel (RIP); they all have or had a line of equipment that was suited for woodsballers. What does that mean for the agglette attitude? Are agglettes taking over speedball? If so, how can we, as veteran players, stop them? Do we need to stop them? Is there room in the sport that kind of fashion baller attitude and look? Well, it may push some companies towards making gear that is functional and also looks good. So, in a way this seemingly negative attitude will push the manufactures to make functional and better looking gear, but at what cost? Do we really want to let an attitude like this prevail, and drive away the next potential all star? I sure don’t, do you? I am curious to hear what you readers all think about the direction paintball has taken? Where do you want to see it go? Why is it thriving? Why is the sport dying? This blog is a place where you can man up and post your honest opinion(s) and or analysis of topics that will span all of paintball. From in depth analysis of tournament games to general trends in the sport, I will get us started.  It’s up to you to tell us what you think and post it up for discussion… if you have the balls? ; )