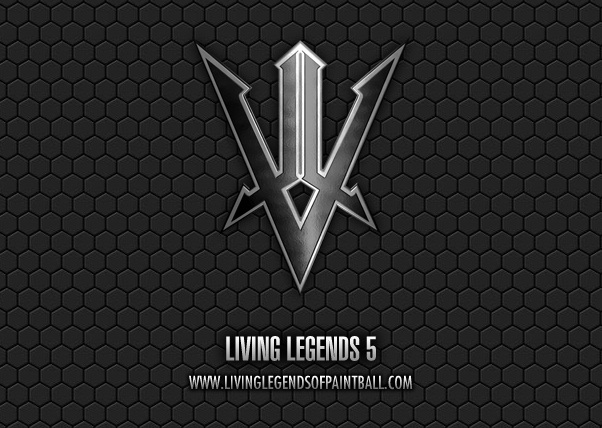 I know I signed off last time with a promise of some great playing tips. However, Social Paintball is going to be working closely with Living Legends this year so we’re giving him the exclusive on our theme for Living Legends V. We got a lot of great suggestions and input from players, and there was a lot of discussion behind the scenes. Paul at CPX Sports wanted to do something a bit darker this year, with a tie-in to the 2012 prophecies.

There was much discussion on the TechPB forums about the possibility of a scenario based on the popular “Fallout” video game series. TechPB is always there to help when it comes to Living Legends and “Orange,” one of their admins, is very knowledgeable about Fallout and was standing by to help with game development. However we were unable to secure rights to use the intellectual property. Taking everything into consideration I worked to create a story that had elements of the players’ suggestions as well as meeting the suggestions of CPX Sports.

Let me set the stage; Enormous Coronal Mass Ejections (solar flares) caused by the planetary alignment on 12-21-2012 caused massive EMPs that fried most all modern electronics with any electricity running through them, from cell phones to power plants. The only electronic devices that survived were AC devices that were unplugged, a few older vehicles, and some newer vehicles and other things that had no batteries installed. However the capability to produce many more is gone.

The disturbance also disrupted our atmosphere, plunging much of the northern hemisphere into sub-freezing temperatures. As a result most of the human race rushed for the equator. This sets our story near the Mayan ruins, integrating CPXs Mayan temple. Bedlam becomes Guatemala City, and all of the woods become Central American jungles.

Survivors in the region slowly gathered into societal groups for survival and protection. One of the first large, organized societies modeled itself after the ancient Romans. With a lack of most modern technology and conveniences it seemed, to the leaders, to make perfect sense. History had proven that it was a successful system that brought civilization and organization to many people and a large area, albeit much of it by conquest and slavery. They simply called themselves “The New Empire.”

And, just as in Europe’s “Dark Ages,” an antithesis emerged. Much like the Visigoths, the Huns, the Vandals, and the Gaul who rose up against the invading, oppressive Romans around 400 A.D., a new society opposed The New Empire, condemning their oppression and desire for conquest. While their pageantry and society may not be as impressive, their people are free and everyone has rights. Inspired by the barbarians who fought the Romans, they are simply referred to as “The Horde.”

Guatemala City, like many urban areas, is now inhabited by savage, new-age cannibals. Half insane and well-armed they make raids into neighboring areas to steal supplies and take prisoners (meals). In the city they often fight each other for food and supplies, but will also unite to protect their territories. However they are essentially like a pack of wolves…with guns.

And so we find mankind in a future that bears a strong resemblance to his past. Welcome to “Living Legends V: The Dark Age”

Friday will feature lots of extra activities including free open games in CPX Sports famous “Wastelands” field and free pump and pistol games in Bedlam sponsored by our good friends at CCM Paintball.

There will also be a brand new, interactive website with portals to the worlds of either The New Empire or The Horde as well as links to registration, event maps, official LL5 event rules, the event schedule, discounted lodging, and lots of other invaluable information.

So do you have what it takes to survive a global apocalypse? Come join us and find out at “Living Legends V: The Dark Age.”