My Life in Paintball 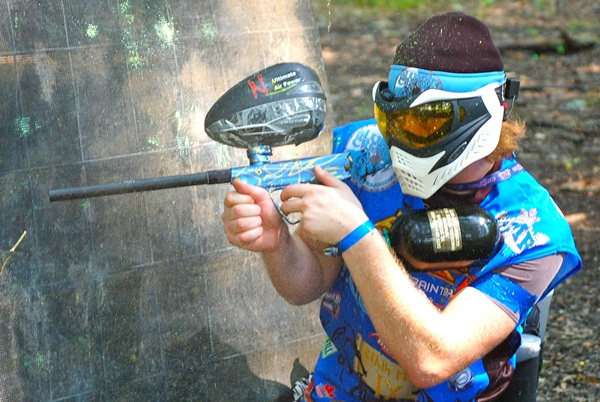 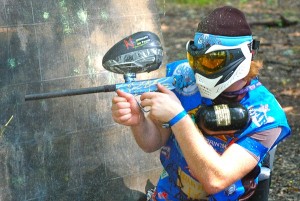 Welcome to the world of paintball as I know it. I’ve been around this industry and the game of paintball for a long time. From my days of building our little paintball field, Hanse Hollow, back in the early 80’s with my dad up until now – running a paintball facility, a media company, and a marketing team. I’ve been completely immersed in paintball.

I started out as a little kid bagging up 100 round bags and building structures on our 1.5 acre paintball field. I wanted to play so bad, because paintball was a sport I could participate in with my dad, and in fact I still do. I remember wanting to play since I was 3 years old and finally on my 9th birthday my dad let me play. I was so excited. I had shot quite a few paintball markers but I will never forget the first paintball marker I got to play in a real game with. It was a Razorback II pump gun. I even remember the first game I played in like it was yesterday.

My, how times have changed. Nostalgia takes me back to a time when the sport was still young and just beginning to grow. It is amazing to me to see how far paintball has come and all of the changes that have taken place along the way. I remember when shooting 200 rounds in a day meant going through a lot of paint. I remember the first time I shot a semi-automatic paintball gun, a Tippmann 68 special. I remember buying my first electronic marker, an Angel LCD. Now, paintball is so much different than it was back then. If you weren’t involved in the sport in the late 80’s and into the early 90’s, you probably wouldn’t even begin to imagine where the roots of paintball begin. I’d like to say paintball is in a better state now with big companies running the show, with the advancement of fast electronic markers and compressed air bottles, professional tournaments, and organized teams.

I’d truly like to say so but somewhere along the way paintball changed. Paintball thought it was prepared for mainstream, and some would argue that it is so; however
I’m not really sold on that. Either way, I digress and feel that there will be time to talk about that at a later time. 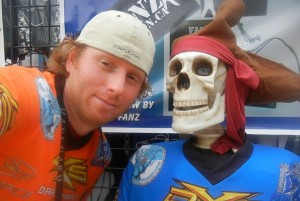 Paintball is something I grew up with, became a part of, socially and then professionally. I would not trade those weekends of play, travel and business for anything because paintball has helped define who I am. My best friends are people I’ve met in the industry and on or at a paintball field. The people who I have spent many days playing this sport with, I have also laughed and cried with. I have attended their weddings, birthdays, and funerals. I cannot imagine any other thing that would have resulted in me being in touch with, and as close to so many unique and wonderful individuals as this sport I am still involved with. I have laughed, cried, and bled paintball for so much of my life it is hard to imagine life without it.

There comes a point, though when you just feel a need for change. I don’t mean a change as in stepping away from the game that I grew up with and everything I know and love, but rather using the experience, knowledge, friendships, and love I’ve gained along the way to move on to bigger and brighter things. I will always be here for the sport, just like it has always been there for me. And as I move forward, I would like to reflect back on how I got to where I am today. I hope that you will appreciate the stories I tell from my days as a young child up to my life now, as a young man in my early thirties. The road has been long and tough, but it has brought much joy and great friends into my life.

My name is Chris Hanse and this will be the beginning of my paintball story.