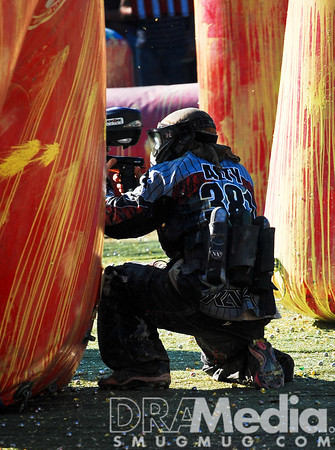 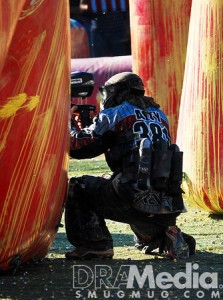 Our first player profile is on someone who I think is one of the most underrated snake players in the Northeast. He is a very talented snake player and can change the outcome of a match in one move. I have seen him take a average team and make them into a podium team in one event. I am talking about Chris “Alty” Alt.

RG: What got you into paintball?

CA: Heard about it from a few kids at school, sounded fun. So I went out and bought a gun and started playing everything weekend at a friend’s house with a group of 8 or so. We had a blast running around the woods and I learned about speedball fell in love with the tactical though process aspect and the fast smart playing style.

RG: Why else do you play?

CA: It definitely helps keep me in shape, all of the running, diving, and stretching needed to play really keeps me motivated. Also a good stress reliever for me.

CA: My goals are pretty simple, I would like to bring paintball to as many younger kids as I can, and show parents the positive aspects of the sport. Teamwork, fitness, dedication and get them away from thinking military.

RG: Player that inspires you?

CA: Greg Siewers – Great local guy who enjoys playing. Was always nice to everyone and just fun to be around.

RG: Do you have any sponsors?

CA: I would like to thank Boston Paintball for their many years of support as well as Planet Eclipse.

RG: What you do outside of paintball?

CA: I work as a paramedic in Massachusetts where I live and have two young children, a seven year old girl and a six year old boy. Hoping to have them start playing in a few years.

RG: First Tournament you played in?

CA: The first event I played in was at Fox 4 paintball in Upton, Massachusetts in 2006. Was a Five man novice event and we placed second I believe.

Chris I want to thank you for your time. We want to wish you luck in 2012 and hope to have great things to report about you and your team in 2012.