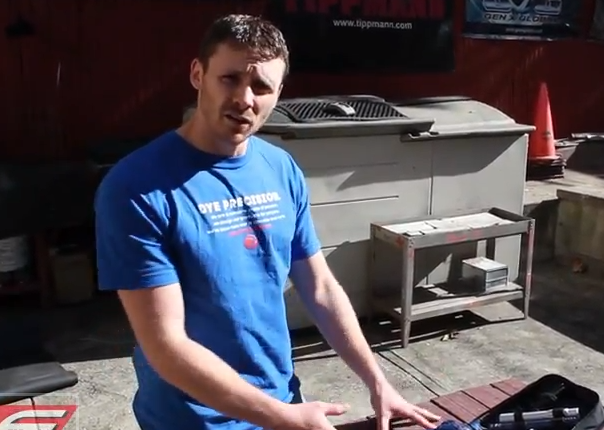 Pete at Dye gives us a look at their new clothing and guns for the 2012 season. sticktodrum films this as the maiden project on his new Canon T3i, and he gets to shoot the 2012 Reflex Rail, a much improved version over the 2011 model. Filmed at Stingray Ops in Brooklyn, NY.