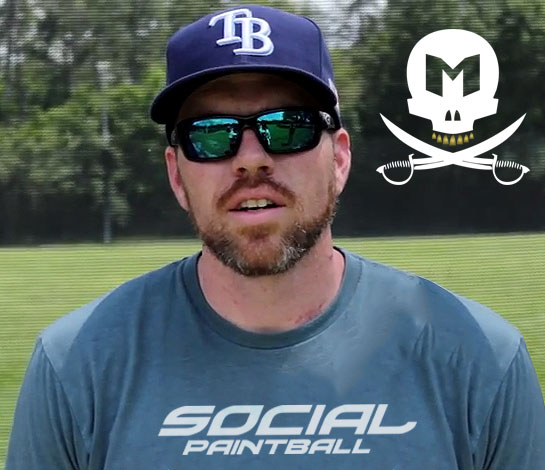 HUNTINGTON BEACH, California – January 10th, 2018 – Indy Mutiny today signed Social Paintball Vice President Joey Blute to take over all operations, management and coaching for the 2018 season. Indy Mutiny debuted in the Pro Division of the NPPL 8 years ago and, after a three year hiatus by owner Tommy O’Donnell, came back as a Division 2 team for the 2016 season. They made the leap to Semi-Pro in 2017 due to NXL roster regulations.

Regarding the signing, Joey Blute said: “I’m looking forward to the challenge of bringing a team full of immense potential to the next level.”

When asked about the addition, Aaron Tholey of Indy Mutiny said, “Joey is just one of those guys you want in your program. I think his track record speaks for itself with all the success he had with the Damage program. The guy just knows how to win.”

“We are excited to sign Joey to our program. His resume speaks for itself. With a roster full of so many strong personalities and fire, Joey’s experience and expertise is long overdue in our camp. I was disappointed in our 2017 performance, so this is the first step, amongst several others people will hear of in the coming days, to push Mutiny to the top of the pack. I haven’t been this excited for a paintball season since Ed Poorman picked me up on Avalanche way back when – shout out Ed Poorman for having faith in your boy and putting me on. I don’t do this for the money (laughs out loud), I do this for two reasons. One, to give guys the same opportunity Ed gave me in 2006. Two, most importantly, I do this for the respect of my peers and the players I’ve looked up to since I was 10 years old. I am confident that Joey Blute will have a major impact on Mutiny’s performance in 2018, and he will ultimately be the driving force behind Mutiny EARNING a spot in the Pro Division. The future is bright and so is my love for the game,” said Tommy O’Donnell, Indy Mutiny’s owner.