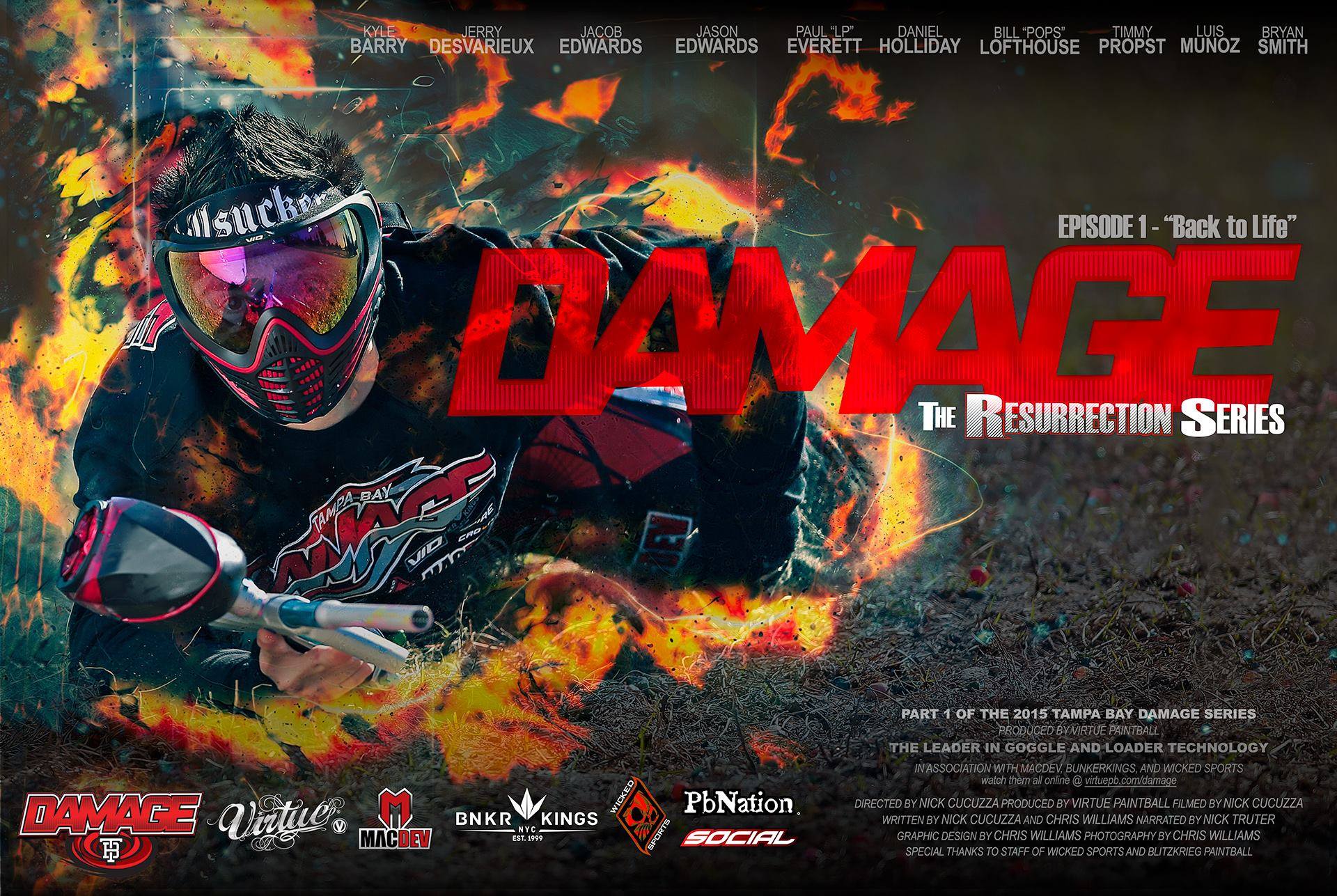 In three days after one of the best teams in the history of paintball folds, Damage is resurrected with the support of new sponsors, a player-managed team, and a rekindled love of the game. Veteran paintball filmmaker Nick Cucuzza of Virtue Paintball embeds with Damage at home and on the field as they begin their first double practice of the season at Blitzkrieg Paintball in Tampa, Florida. With all the off season changes in the new pro PSP rules, Damage is not only faced with a slower firing mode, unreleased field layouts, and reduced sideline coaching, but now the team has the ambitious goal quickly training some new additions to the roster on the eve of the PSP Dallas Open.

The new Damage Resurrection Series will feature a cross-channel promotion between Pbnation, Social Paintball an Virtue Paintball. Special thanks to Damage title sponsor Virtue Paintball and supporting sponsors MacDev, Bunkerkings, and Wicked Sports. Without their support neither Damage nor this video series would be possible.