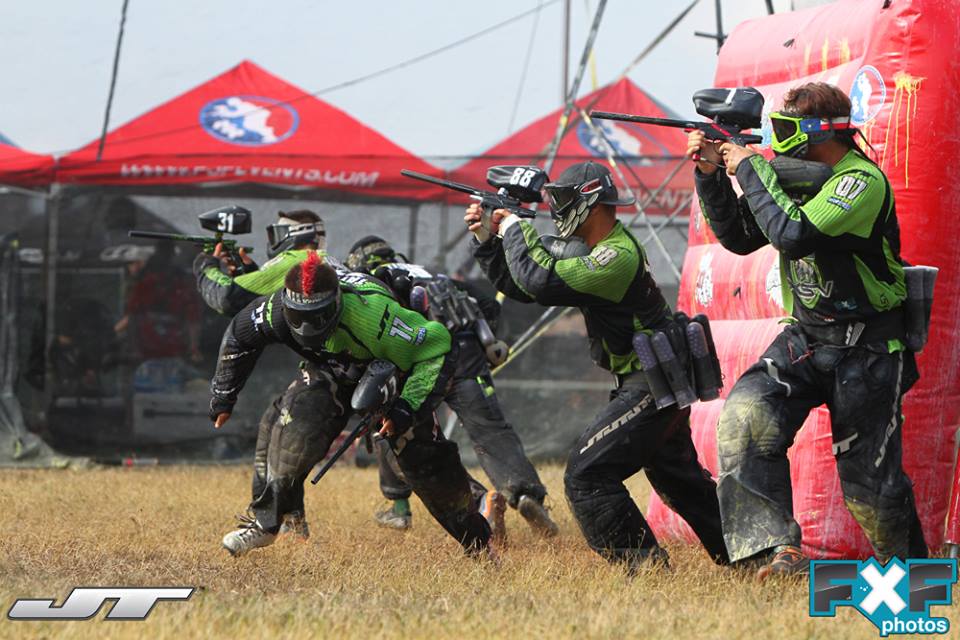 Let’s begin with the positive. (This won’t take long.) The leadership of XSV has been around the block a time or two and demonstrated over the course of the 2013 season they had a handle on what wasn’t working and what needed to be changed. They made incremental improvements every event. That bodes well for the future. They have a mix of youth and experience. A team needs the exuberance of youth and the stability of experience. But even with Thomas Taylor and Aaron Tholey (both of whom have moved to new teams) it wasn’t clear the roster was up to the challenge of reaching the Champions bracket. And without them it could be a long season again.

Under other circumstances I’d be more definitive and say they will struggle but the nature of the improvements made in 2013 hold out some hope if they can continue down that same path through this off season into 2014. Despite individual players entering 2013 having Xball and Race To experience the team didn’t have that experience and consequently had problems early in the season translating a winning 7-man formula into a successful Race To style of play.

Here is where the hint, identity crisis, comes into play. As a 7-man team XSV played a conventional strategy of establishing a solid defensive position first and foremost. From that posture they could choose to attack one or the other wire either OTB or as a secondary push. Ideally the lead(s) can make some headway, get an elimination or two and the game shifts into the mid-game pressing toward the close. Alternatively the solid defense can withstand the loss of the leads and settle down into a field control defensive struggle. If this all sounds to dull and boring it isn’t necessarily so. Transitions in paintball happen in the blink of an eye and a successful breakout can lead to a fast point for any team, even one not always looking to exploit every opportunity.

And it’s in the transitions that XSV struggles. (In XSV’s case the critical transition is the shifting role of the insert player when the wire lead is eliminated or stymied in their effort to generate offensive pressure.) Used to a different dynamic in working the wires and a different timing to judging windows of opportunity if the leads aren’t successful their points lose momentum and they end up on the defensive, frequently contained in their positions.

Here’s an example of what I’m talking about. Sullivan is the dorito wire lead. He is often aggressive in making his push to the fifty. Frequently beating the opponent into a strong forward position. When he stayed alive and has continued success everything runs like clockwork. When he is eliminated his support routinely failed to take the needed action–for whatever reason. (Even successful leads don’t always stay alive and when they don’t their support has to step up. And more crucially has to know when to step up.)

At the point where the supports (inserts) fail to make timely decisions and act it leaves the back player with few options and any offensive pressure mounted by the lost lead instantly crumbles. In the space of a second or two the whole point turns around and the remaining players are reduced to uneven gunfights as they continue to give up ground and angles. Insert play is the key and the place XSV tended to breakdown most often.

As noted previously the team made incremental improvements over the season so we’ll have to wait and see what sort of game they bring to start 2014. Not only will the transitions need shoring up but the mental framework that under girds every team’s decision-making process will need to be revamped. Not impossible but not easy–and here we return to leadership. The team has the leadership capable of redirecting their efforts as needed. But do they, in the end, have the horses to get the job done? I am not convinced they do.
Here’s wishing them the best of luck in 2014.

The Infamous hint is: volatile.

You can read more of Paul’s work at his blog, ViewFromtheDeadBox