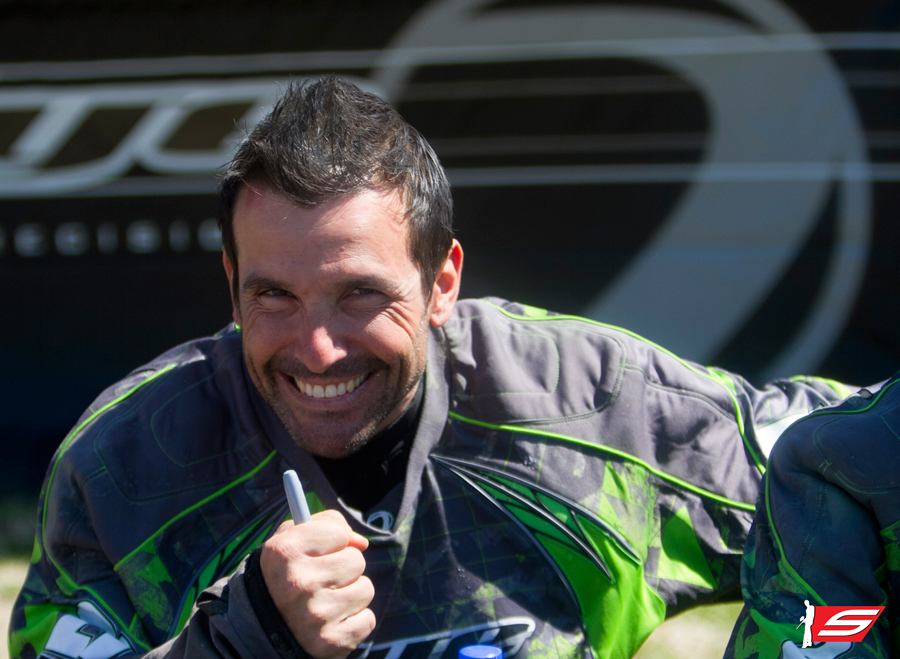 When Chattanooga C.E.P. came onto the professional scene a few years ago, the question on everyone’s mind was “who the heck are these guys? What’s their history? Will they belong?” Three years later, we thought we had the answers to these questions, but after the first PSP event in Dallas, we are all scratching our heads, asking the exact same questions. Not because of the abysmal game plans, or myriad of red flags, or even the turnover of new professional players, but instead because of the success – yes, success – of Chattanooga C.E.P. Like a jumbled up rubix cube, the success of C.E.P. brings a whole new set of questions for us to riddle ourselves with.

How did a perennial bottom dweller like C.E.P. pick up so much steam in the offseason? What makes this team different than the past; and of course, can they keep it up?

According to Robbie Goldsmith, player/coach for C.E.P., their success was not a fluke. It was calculated and began in the offseason. “It’s simple. We performed well because we worked really hard. C.E.P. made some really tough decisions in the offseason. We cut four players, some of them had been with us since our first D2 year, 2008. We had to let my best friend go because of distance from the team, that was really hard to do. We knew it would be best for the team in the long run. Once we had our new team, we went to work. Playing every weekend, sometimes up to eight hours a day,” said Goldsmith. “When you follow that schedule, it’s hard to not get better. We have a long road in front of us, but we are continually making the correct moves to strengthen our program.”

Not only that, but it seems that the new – old – field dimensions and the Dallas field layout worked perfectly for Chattanooga. During the event they were able to develop a shockingly powerful “left hook,” which fit perfectly into a counter-punch game plan. Of course, this sort of paintball is most natural to C.E.P. as their players were forged in the cauldron of the CFOA which was heavily influenced by the likes of Baltimore Trauma and Gridlock, who practically wrote the book on counter-punch paintball. In several games we saw teams asleep at the wheel against C.E.P., including World Cup Champions, Houston Heat. When Houston had the guns turned to the snake side, we watched Chattanooga C.E.P. blazing down the doritos. When the guns were to the doritos, we saw the C.E.P. snake players charging up the field to the last possible knuckle. Not only that, but we actually saw C.E.P. begin to win, no, dominate gun battles – a first for the team. Not only that, but Chattanooga was able to cure their plague of red-flags and actually complete the game as a team! Again, a first for the team.

Amongst the ocean of speculation about whether it be the trimming of dead-weight, a focus on individual guns skills in the offseason, or Chattanooga finally finding what works for them, we do have a few facts to latch onto.

When asked about the next event Goldsmith continued by stating: “For the next event, we will truly be in the most elite league in the world. As of now, it looks like our draw will be this: San Diego Dynasty, Edmonton Impact, Houston Heat, and the Moscow Red Legion. Talk about competition. We are proud of the fact we get to be in that group. I mean think about it, everyone on our team was in D3 when most of the players on those teams were established professionals. We have the right to line up against Oliver, Ryan, Yosh, Dave Baine, JRab, Fedorov, and Malloy. I’m going to be shooting at the same dudes I had posters of, hanging on the back of my door in high school. I’m a realist, and I know we have to keep getting better.

I can’t tell you how we will do against those guys. But I can tell you one thing: C.E.P. is coming for all of them.”