The Woman Behind the West Coast Women’s Paintball Tournament 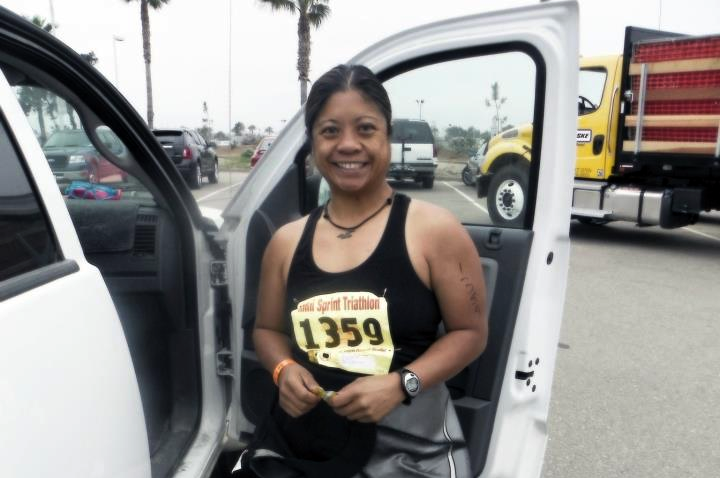 Something extraordinary is coming up this April in Southern California and I was able to go behind the scenes with Shirley Devera-Caldwell to find out more about the first ever West Coast Women’s Paintball Tournament.

MC: Hello Shirley.  Thank you for meeting with me to teach me more about the West Coast Women’s Paintball Tournament and to learn more about you.  Could you please tell me what this history making tournament is all about?

SD: We have said, time and again, to the lady players as well as the public, this tournament isn’t about who is best but to allow  women of all ages, experiences, and levels to one area and platform to play in a singular format.  It (WCW) allows for those that are not part of an all-women’s paintball team to have that chance and those experiences.  In the process, we have also been able to increase efforts in charity.  A calendar project, the 2013 women in paintball calendar which is still on sale on our website and benefits children’s charities, was born and raised over one hundred toys to be donated to a local children’s hospital.  We want to be able to continue these efforts in charity even after the event is complete, and even though we have not even played the tourney yet, many of these women are creating strong bonds and friendships.  The vision is to inspire, learn from each other, and grow the sport of paintball amongst women back home when they return.

MC: It’s simply amazing that just the lead up to your tournament has already inspired so many people to reach out and help in the community.  I’m delighted to hear that you plan on continuing your charity efforts after the tournament as well.  I’m curious, how did you get involved with the WCW Paintball Tournament?

SD: Honestly, I wondered if there had ever been anything like it and could not find anything online. Later, I learned about the Moscow World Cup, the first ever women’s paintball tournament in the world in 2011.  I knew we could do something like that here in the US.  It may not be as big, but we would certainly try.  So, we sought out help from Team Destiny (Bea Paxson and Kat Secor) and they have been key in promotion and networking during events and social media.

MC: Now I know, from my own experience of playing paintball over the years, that finding other females to form a team with can be difficult.  There have been many times where I’ve been the only female on the field, though thankfully times are changing and I have noticed an increase in lady ballers.  Since this is an all-female tournament, what happens if you can’t find enough females to play on your team?  Can you still be part of the tournament?

SD: Yes!  We know that there are a lot of ladies out there, ourselves included, that play on coed teams.  So, we made it a possibility to join a pickup team for the tournament.  You will be meeting and practicing with your team during the clinics prior to the tourney.

MC: That’s great news and will definitely help boost the numbers of participants.  Who will be running the clinics?

SD: Kat Secor from Team Destiny and Alex Rodriguez from Ironmen will be a couple of the players who are participating.  Mostly, the focus is to allow the pickups to learn to work with each other, for the teams to practice fundamentals, and everyone to gain a basic idea of how the tourney will go without just being thrown in.  We want this to be a fun and rewarding experience.  We believe that we should be learning from each other and helping each other to grow.

MC: What ages are allowed to play and how are the categories broken up?

SD: There isn’t an age limit and we have quite a wide range of ages amongst the players in the tourney. It’s an open forum so there are no categories/brackets. 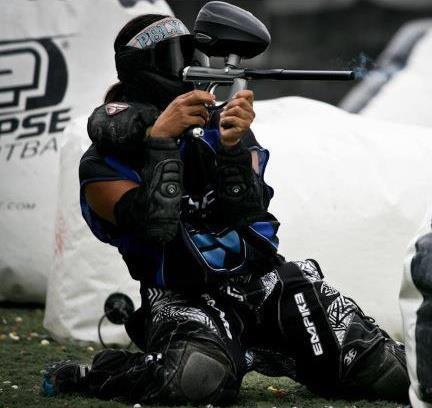 MC: Are men allowed to play in the tournament?

SD: Not in the main tourney, no, as the purpose is “all women” but there will be a 1 vs. 1 Skirt Wearing Splatmaster Challenge during the tourney break.  We are still looking for a few more participants.

MC: I can think of a few people, right off the top of my head, who I think would do quite well in that skirt wearing challenge and I’ve even throw some skirts their way if they wanted to play in it.  Guys, you know who you are.  Hit me up if you need to borrow a skirt.  Speaking of borrowing, do you have to have your own gear to play in the tournament?

SD: Yes, and it’s a field paint only event which is supplied by Valken.

MC: How many people have registered already?

SD: There are a total of twelve teams playing equaling forty-five women.  The minimum amount of players per team is three and the maximum is five.  The format is 3 vs. 3.

MC: What vendors and sponsors will be at the event?

SD: We cannot express our gratitude enough for the sponsors and vendors in this tourney.  From financial to product donations, small and big business alike have helped to make this event happen.  A lot have also helped donate towards our charity raffle which will be held during the player party.  Info will be posted on our website and Facebook soon.  We want to say thank you to our sponsors and to let everyone know to support their businesses as they continue to keep the sport and our cause going.

Additionally, we have enlisted the help from some pro paintball players to help ref the event.  It will be a change for them to see the game from a different view.

MC: Who will the pro paintballers be?

SD: Alex Rodriguez from the Ironmen and possibly a few others that have still not been confirmed.

MC: Thank you for helping me, as well as our loyal readers of Social Paintball, understand more about your event.  Let’s learn a little bit more about you.  When was the first time you played paintball and what was it like?

SD: Ha ha.  It was a private party at our home field, Velocity Paintball Park, and at first I was afraid of getting out of the car.  All I could see were a bunch of camo wearing guys toting around what seemed to me very large guns.  I had never been a gun person prior so it was a bit intimidating.  From then on we were hooked.

MC: I love hearing about people’s first time experiences with paintball.  That one was the first of its kind I’d ever heard.  Thanks for sharing.  I’m happy you chose to get out of that car to play and were hooked from day one.  What advice do you have for paintballers who are interested in competing in their first tournament?

SD: To know that it’s not about the win, it’s about the experience.  Remember the fundamentals and you’re going to make mistakes so learn from them.

MC: Great advice to learn from your mistakes.  Many of the highest level pros have chosen to learn from their losses and turn those losses into great successes as they’ve grown in tournament paintball.  Just look how far they’ve gone.  Shirley, thank you very much for telling me more about the West Coast Women’s Paintball Tournament and your own experiences in paintball.  Is there anything else you would like to add about the event?

SD: The welcome party is open to all however it is limited seating so first come first serve and the last day to order jerseys is Friday, February 22nd.  Looking forward to seeing you all there!

For more information about the West Coast Women’s Paintball Tournament coming up on April 7th,2013, please visit both their website and their Facebook page at the links below: