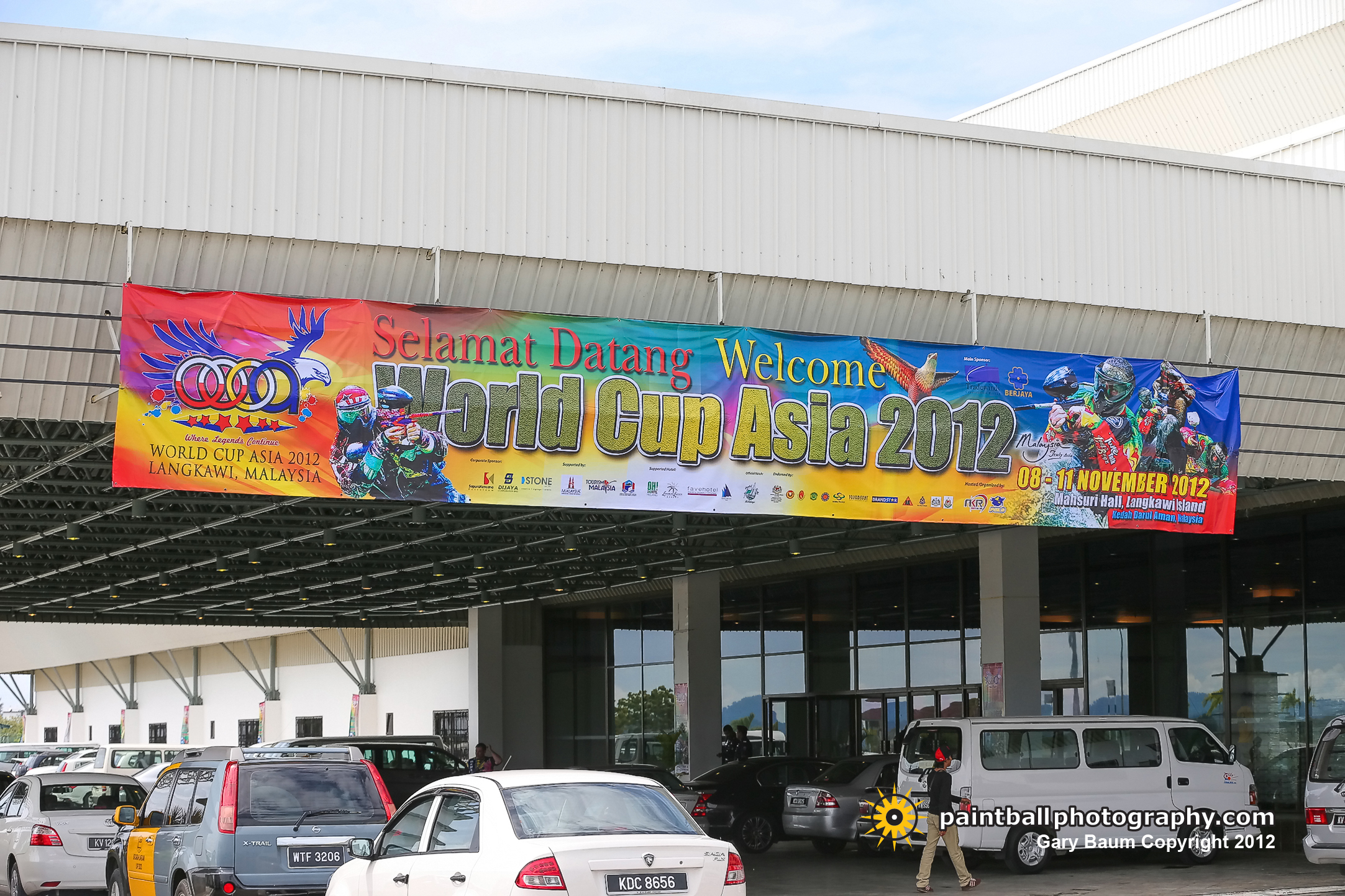 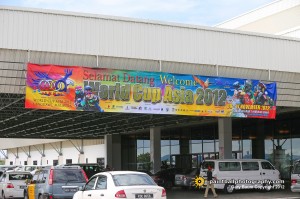 The list of what made the WCA 2012 freakishly awesome is long, but we’re just going to do the top 5.

It’s the Largest Indoor Speedball Tournament in the World.

1.Let’s say it again. It’s the largest indoor speedball tournament in the world. For those who somehow missed the pre-event hype, the WCA 2012 was held in the Mahsuri Exhibition Hall on Langkawi island, Malaysia, and featured 4 Millennium-sized fields, the largest paintball expo in Asia, and over 150 teams over 4 divisions from close to 40 countries. In fact, the hall was so massive, the royal guests of honor needed an electric buggy to get them from the entrance to the royal viewing deck at Field 1.

On the bright side, it looked like last year’s issue of the hall floor being dangerously slippery had been more or less addressed by netting off the top of the fields to prevent bounced pellets from escaping. There were the inevitable strays of course, but the hall was infinitely more walkable than in 2011.

There were also other infrastructure improvements, including LCD screens hooked up to live feed cams in the Division 1/ICC field, including a giant 8-foot LED panel between the Command Center and the Secretariat.

Downsides: None… besides the fact that the hall is so huge that there is a colossal amount of walking involved every day. But hey, at least there’s shade.

Royal Advisors. How cool is that?

2.The WCA 2012 is also the only paintball tournament in the world to have Royal Patrons and Advisors. Her Highness Tunku Panglima Besar Kedah, Princess of Malaysia, returns as the Royal Advisor for the WCA 2012, after being the Patron for the WCA 2011. Her Highness graced the formal Opening Dinner, and snuck in an informal visit to the hall before her flight out of Langkawi on Saturday. Sadly, the Agong (High King) of Malaysia couldn’t make it, as he was apparently a little under the weather, but as a bonus, the former Prime Minister of Malaysia, Tun Dr. Mahathir Mohamad, Patron of the WCA 2012 and wife visited on Sunday, just in time to watch the semi-finals.

Downsides: The finals for the ICC were rushed to accommodate the VIP’s schedule for the closing dinner. While we understand that it’s already a great honor for a former Prime Minister to technically bless a paintball tournament, it would have been kickass to have been able to watch all the ICC games played out like they were supposed to have been.

3.While Asia still has a long way to go before it hits the scale of the mind-blowing Paintball Extravaganza International, the WCA 2012 is nonetheless the ultimate paintball shopping event in Asia. Local vendors Napshot, ProPaintball Asia, and Skirmish took up the largest slices of pie, and international brands like Dye, GI Sportz, Empire, Planet Eclipse, Tippmann, Gelkaps, Bob Long, GOG, Sly, Virtue, KM, and HK Army were all markedly present. The Expo area itself was moved close to the entrance of the Hall, from the grander but more secluded and less traffic-friendly banquet hall. Definite improvement.

Downsides: It’s an island. Sales will inevitably dip after the first day, because the existing pool of players will have already gotten what they need, and will only really pick up again on the last day when vendors start clearing stock in earnest. When the WCA 2012 was hosted in KL, there was a constant stream of visitors, so this wasn’t really an issue. Hopefully they’ll work out how to get more non-playing visitors to the island in 2013. A holiday package, maybe?

Corporate and Government Support and Sponsorship.

4.The WCA 2012 was sponsored by corporate heavyweights Tradewinds, Berjaya, Sapura Kenchana, and Dijaya, and supported by a slew of government bodies, including the Ministry of Tourism Malaysia, the Ministry of Youth and Sports Malaysia, the Kedah State Government, and the Malaysian Convention and Exhibitions Bureau. For those who need the math, this equals some major funding and legal sanctions for paintball, which when properly utilized can lead to some great leaps and bounds for the sport. While this hasn’t quite translated to lower costs for paintballers as yet, a major chunk seems to have been funneled into improved infrastructure and heavier media coverage for public awareness, which in the bigger scheme of things, is all to the good.

Downsides: Government equals no cigarettes or booze in the hall… but that’s not necessarily a downside, especially if we’re trying to be taken seriously as a sport.

5.Langkawi is well… an island. You’ve got sand, sea, and surf. To top it off, you’ve got duty-free cigarettes, alcohol, and chocolates, and a bevy of sexy WCA ambassadors walking around. It’s all got the making of a kickass after-party, and the WCA 2012 organizers delivered one at the poolside of the One Helang Hotel just next door.

There was a “Mr WCA 2012” Competition (Pageant?) where contestants Ryan Greenspan, Brandon Fort, Kai Harris, Jon Buasuwan, Richard Mead, and Sani Gorgon strutted their stuff for the chance to win $2000 worth of prizes, a custom photoshoot, bragging rights, and the rights to be the official poster boy for WCA 2013 in front of a panel of international female judges. It came down to a dance-off between Brandon Fort and Jon Buasuwan, with the final win going to Jon. Poor B-Fort.

Downsides: Some asked… why parade a bunch of bratwursts at a sausage-fest? We don’t know really. But we hope the bikinis come back next year.

For more information about the World Cup Asia 2012 or for enquiries about WCA 2013, you can drop an email to the Paintball Asia League Series at info@palseries.org, or visit www.paintbalworldcupasia.com.