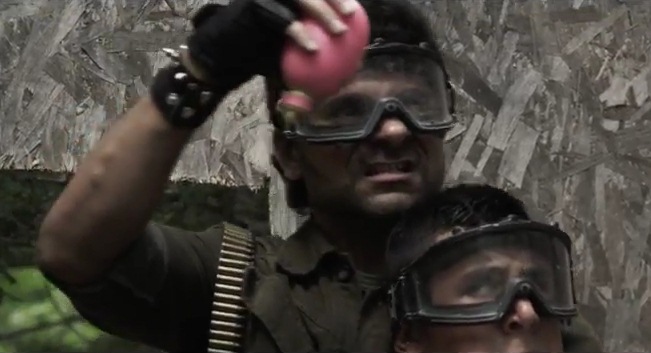 Mike Palermo, of D/vision Films, recently sent us a link to a short film he and his brother produced. It’s pretty funny, check it out.

Here is the synopsis:

A special-unit Marine has to work with his squad in a personal battle to rescue his brother who has been taken hostage by a band of trigger happy terrorists and their menacing leader, Colonel Vasquez.

The only thing that isn’t real…is the battlefield.

About Mike and Dan:

The dynamic brother duo, Mike and Dan Palermo, originally began making short videos in an effort to fight small town boredom but as their equipment list and technical know-how grew, they realized it was possible to have fun AND make a living while simultaneously entertaining other people as well. It was a trifecta that proved to be a strong motivator. They’re always on the lookout for other people needing help getting their own projects produced or filmmakers who just want to join the fun! More work can be seen at www.dvisionfilms.ca.