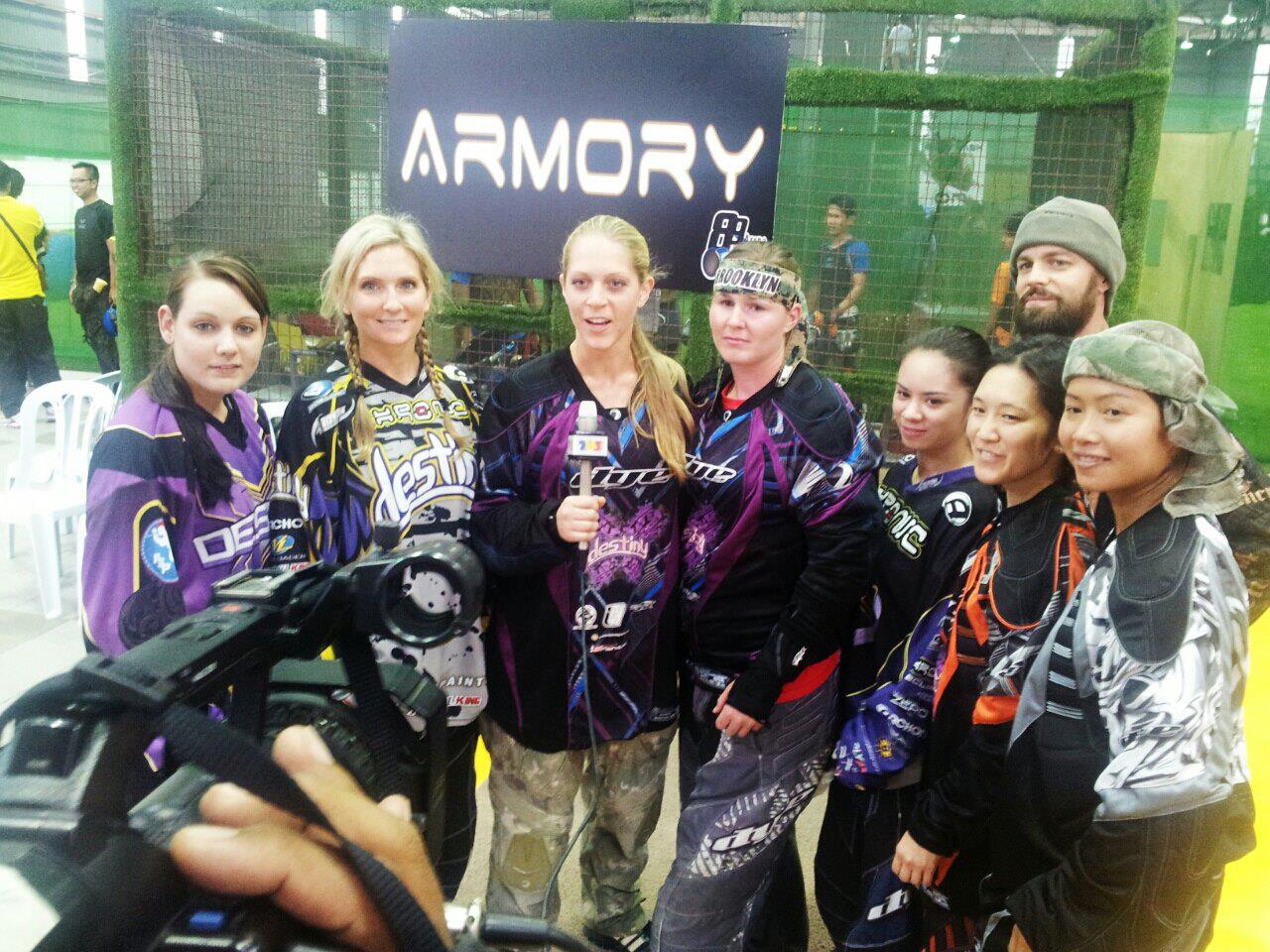 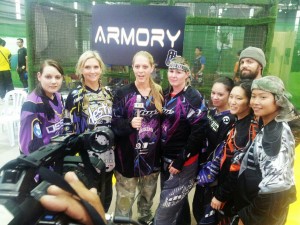 Kat Secor, Katie Kelley, Linh Truong, along with Kelsey Mathieu (Destiny Army – DA), Victoria Sandau (DA), Kimi Kan (DA), guest player, Cathy Saul-Villanueva (DA from Phillipines), and Sonny Lopez (Destiny Army USA Coach) have arrived in Kuala Lumpur, Malaysia, and are promoting paintball to the masses (approximately 28,334,000 populate the great country of Malaysia!). They are being seen on national Malaysian television, all thanks to the Paintball Asia League Series (PALS) and their invitation extended to Destiny to attend this one-of-a-kind-nothing-like-it-on-earth-paintball-event! This is the second year in a row that the Paintball World Cup Asia (WCA) will be held at the beautiful island of Langkawi, Kedah, Malaysia.

This weekend, Nov 4-5, Kat, Katie, Linh and the Destiny Army Girls are practicing at Team Duckside’s Indoor Paintball Field at 89 Arena (The Pre-Paintball World Cup Asia 2012 Paintball Training World Class Facility). Big thanks to the PALS Committee and Allan Phang for making this training session possible. Kat Secor remarks, “We are so excited and honored to train with you at your stunning facility.”

World Cup Asia 2012 will commence November 8th and conclude on November 12th. The WCA has been setting numerous milestones as an international tournament hosted in Asia, being hosted in an air-conditioned indoor facility with fields atop astroturf, all within a multi-million dollar complex, The Mahsuri Hall (as used by LIMA). This is a paintball experience of a lifetime and we’re so proud that Destiny has the opportunity to be a part of this fantastic event!

Stay tuned at our website right here at DestinyPaintball.com and at our Facebook Page: Facebook.com/DestinyPaintball for all the happenings during Destiny Army USA’s stay in Malaysia!

HUGE Thanks to Gary Baum of PaintballPhotography.com and Allan Phang and the PALS Committee for making this event possible for Destiny!