Russian Legion – On the Road to Victory 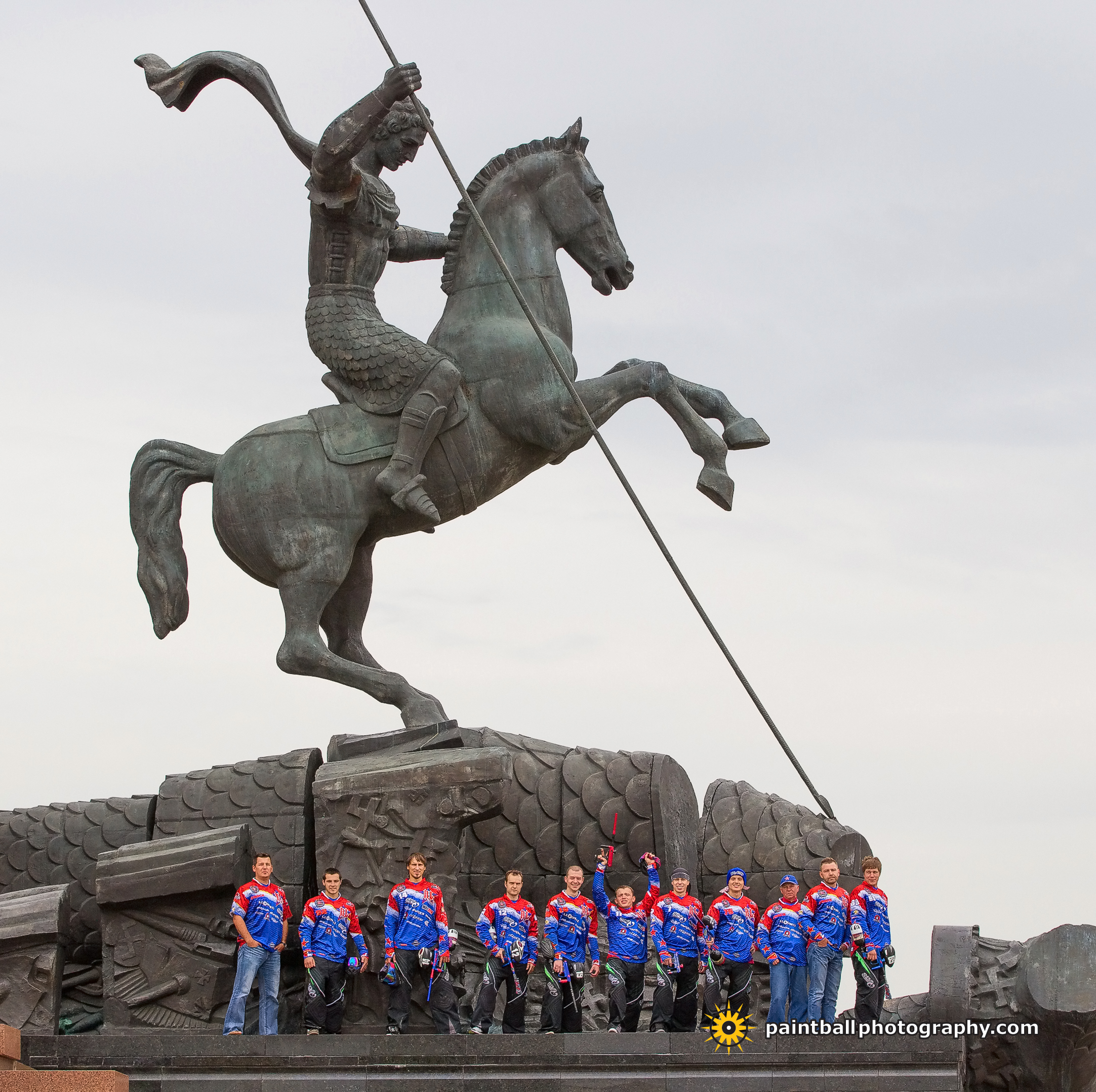 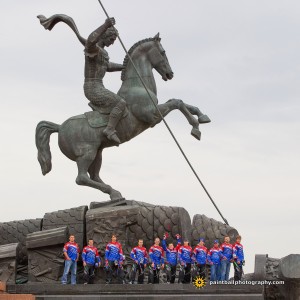 During the short break between PSP events, that I can only imagine how many professional paintball players most certainly look forward to, I was fortunate enough to catch up a bit with Russian Legion’s very own Kirill Prihidni.

When I caught up with Kirill, RL was well on its way to World Cup.  The Russian part had already started the third full week of practicing and in spite of the tough training regime; some of the guys even played some events during the weekend.  This is just the kind of focus, hard work, and training one would expect from such a strong professional paintball team.

Having taken a short moment away from training, earlier this spring, RL had a photo shoot with Gary Baum of Paintball Photography at the memorial place in the west part of Moscow that is known as “Poklonnaya Square”.  Thanks to Gary Baum and his talent of making great paintball photographs, this was RL’s second photo shoot together.  The previous one was at Red Square.

Poklonnaya Square was built in memory of all heroes of World War II.  Historically, Poklonnaya Gora, one of the highest spots in Moscow, was known for having great strategic importance, as it commanded the best view of the Russian capital.  Its secret sense is victory.  Because I enjoy learning about world history and cultures, I had already seen photos as well as read about Victory Park and the Square of Victors which are significant parts of the outdoor museum.  This is definitely a place I look forward to experiencing in person.  What I had not seen, up until recently, was a photo of Russian Legion, lined up and standing strong with one of several inspirational monuments within Poklonnaya Square.  It is unfortunate that they could not have their three foreign Legioners (Marcello, Jason, and Axel) with them for the photo shoot but Kirill told me that RL knows that those guys are part of the team and they will be rocking World Cup with RL.

Many of our readers have already decided who they think will win World Cup.  The teams have played aggressively this season and even I’ve been surprised by a few of the less experienced teams who have battled it out with the best.  Yes, it’s true, RL is not among the top 3 leaders in the PSP right now but they do have 5 strong players in the top 10.  What is it that RL has over the rest of them?  What will bring home victory?  Kirill informed me that all of RL’s practice has been based on the PSP experience and working on RL’s weaknesses.  Their main focus is to erase the weaknesses.  He continued to explain that RL has the best experience, the best training regime, and the best coaches.  Along with all of these advantages, they also have the best sponsors thanks to MacDev, SLY, HK, MAXS, Virtue, Guerrilla Air, Paintball Photography, Social Paintball, DYE, and Globe Soldiers.

There is no doubt in my mind that I feel strongly that RL has what it takes to be victorious at World Cup.  I can hardly wait to see their hard work and training pay off as they battle their way to finals.  As Kirill said it best, “RL is the consistent power that has already started its way to the cup.  The show must go on and you will see it.”