Team Thunder: One Sport, One Community, One Game

Let’s guess that you are new to the sport of Paintball. You want to join a bigger event with 300+ players and you don’t know a single person who is attending the event. You love to play the game but you also don’t want to be on your own the whole weekend. This is where Team Thunder comes into the game.

Team Thunder was an invented by Andy Sables and some of his friends in 2011 in the United Kingdom. Originally, it was made up for players attending the Super 6 series in the UK.

Team Thunder isn’t a real “team” in the way we know it, since players can play with the team or duck out if they want, even if they are already a member of another team. Thunder is a group for everybody that wants to play a game of paintball but doesn’t want to be alone on the field. 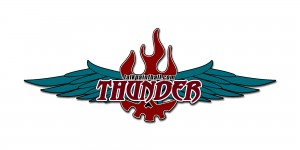 In my opinion, this is an awesome effort by these guys and we, here in Germany, love the idea. Michael Soenning, Team Captain of the German Tippmann Team, The Silverbacks (Die Silberrücken) was so excited that he asked to build up a German Division of Team Thunder.  Since January 2012, he is leading this Division and I am proud to be a part of it.

It is always great to bring new people to the sport of paintball, even though we, here in Germany, have an age restriction.  This means that people here have to be a minimum age of 18 to play this wonderful sport. I started out with paintball, on a team, in 2009. Since then, I am addicted to this.

I hope that we can bring many people to share our hobby and join us at the Big Games around the European continent.

Have a look at Team Thunder’s homepage and feel free to contact the guys. If there are any questions about paintball, don’t hesitate to ask. That is the reason why we are here, to bring you new guys to the sport and make your paintball weekend a memorable one!

I will be doing some chatting in the future with Andy and Michael. Be prepared.