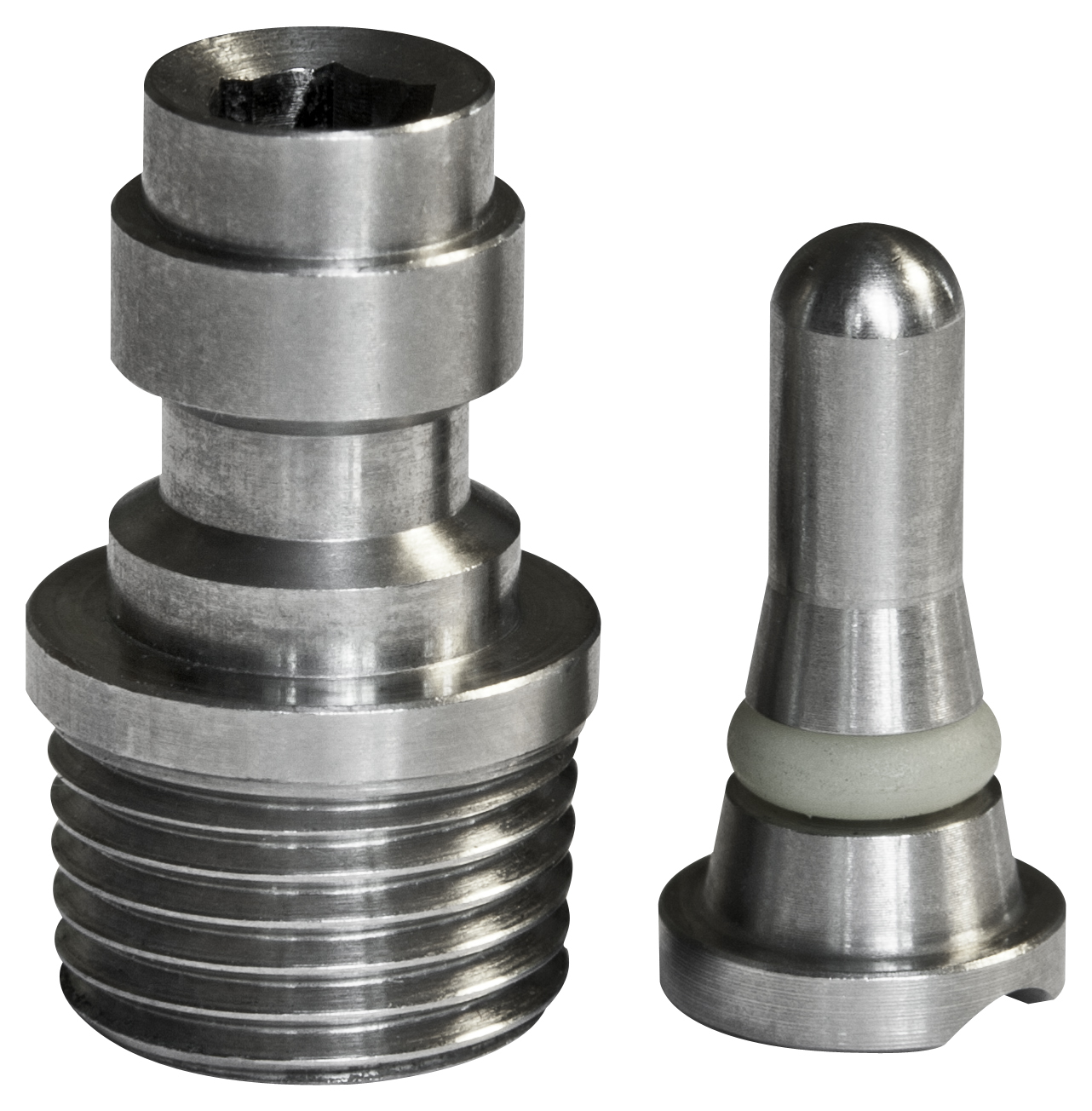 We spoke with Chief Tech/Product Manager John Sritongsuk about Guerrilla Air’s latest release: The Pro Fill Nipple.  “The goal in the designing of the Pro Fill Nipple is to address inherent problems associated with standard fill nipples.” John explained to us about how standard vs. aftermarket parts such as this product make a difference in design.

“O-ring displacement occurs when the flow of incoming air from a filling station is not properly controlled and rushes through the fill nipple. It can and usually causes the o-ring to displace from the o-ring channel. The incoming air literally “lifts” the o-ring from its channel and stretches over the base of the strut where it gets pinched when the airflow ceases, causing a fill nipple failure.”

He continued by explaining that development of the idea taken from conception was to accomplish a better system. Here’s how, according to John, “We addressed these issues by designing the Pro Fill Nipple with a re-configured conical shaped strut. The conical shape smoothens the airflow therefore reducing turbulence over the o-ring surface keeping it in place. A linear arrangement for the o-ring in relation to the surface of the strut prevents debris from accumulating on the its surface because airflow is smoother over it.” 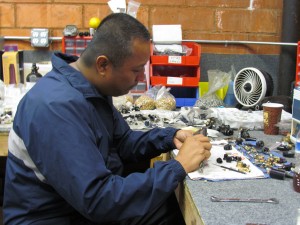 To simply say what John told us, it is the movement of air on the strut and o-ring.

While the Pro Fill Nipple is not standard on GA air tank systems, John had pointed out the benefits of the product. It makes a lot of sense- a simple fix to a lot of problems that many players have experienced before with air systems.

“The conical shape of the strut also presents a wider base to support the o-ring to keep in place. Any tendency for the o-ring to move down with the airflow is prevented because it would have to expand to twice its normal size before in can clear the o-ring channel base.

When we spoke, we also agreed with John’s logic of the fill nipple being the most-overlooked part of a paintball air system. Clearly, players know that this part of the system is essential. With this new product, Guerrilla Air seems to have made a positive step for the aftermarket part and the way players think about air systems as a whole. “Flash fills” and debris are common things that affect paintball air systems.

Available now, for an MSRP of $19.95, this 1/8 NPT (Nominal Pitch Thread) fill nipple fits most major brands of air system. Backed by a lifetime warranty, the Guerrilla Air Pro Fill Nipple is a worthwhile investment for any player using a compressed air system. Be sure to stop by their next event setup to speak with the company. 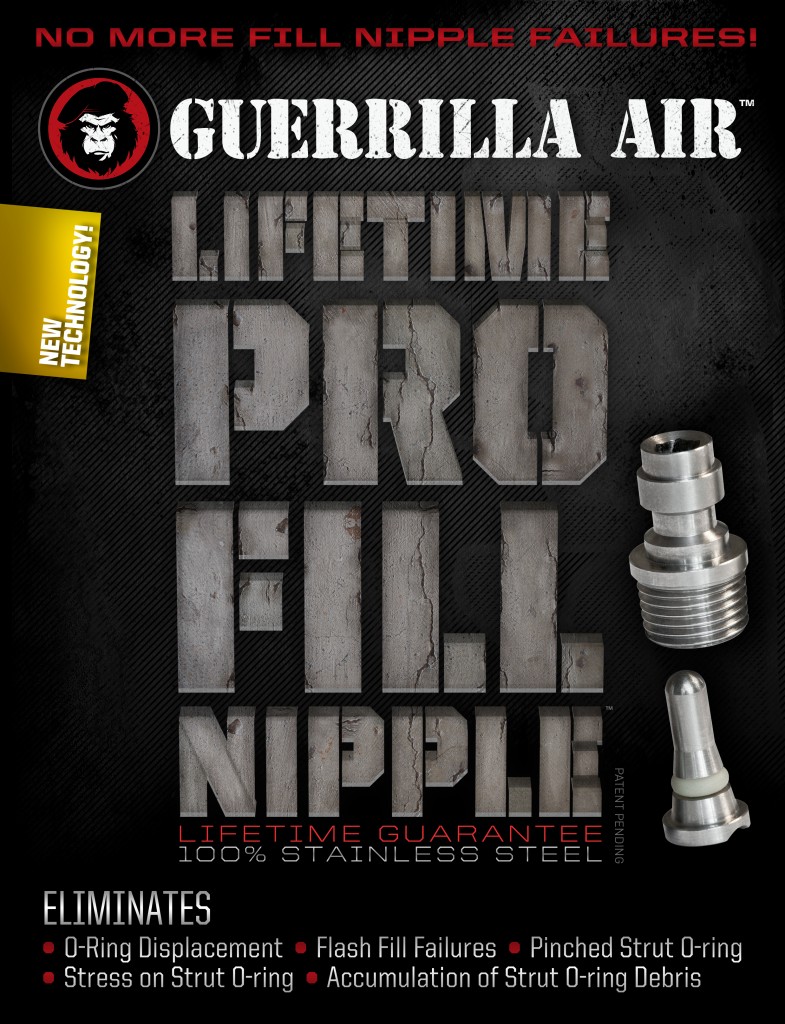