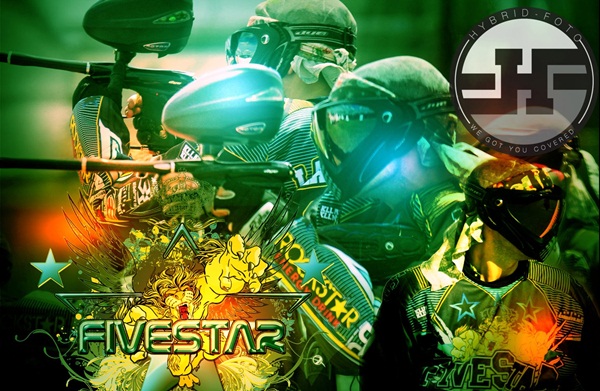 “This season has been a triumphant one for both us and our teams. As we look to 2012 we have great hopes that it will be even better than this past season. It is with great pride that we announce yet another milestone for HyBrid Foto and one of our teams, FiveStar Lleida from Spain. Together with FiveStar we have come to a realization that they are one of our teams that we can put our trust and support full heartedly. As of January 1, 2012 we have signed FiveStar to a life time sponsorship contract. They have shown in 2011 sportsmanship, determination and have helped HyBrid Foto immensely throughout European paintball. We are proud of their accomplishments in SPL in the 2011 season and look forward to promoting them and helping them reach their goals. It was during the 2011 season that we realized that FiveStar was more than just a sponsored team; they were friends and became a part of our extended paintball family. We welcome them and look forward to what this unprecedented move will bear in the future. FiveStar will be helping fill our factory team roster at specific events.” – HyBrid Foto

“After the fantastic 2011 season we have had next to HyBrid-Foto and seeing the marvelous results we have achieved from them. FiveStar is very happy and proud to
announce that after weeks of negotiations, we have signed the very first lifetime contract in the history of paintball with HyBrid-Foto. We are very excited with this decision and hope to achieve more and even better results than last year.” – FiveStar