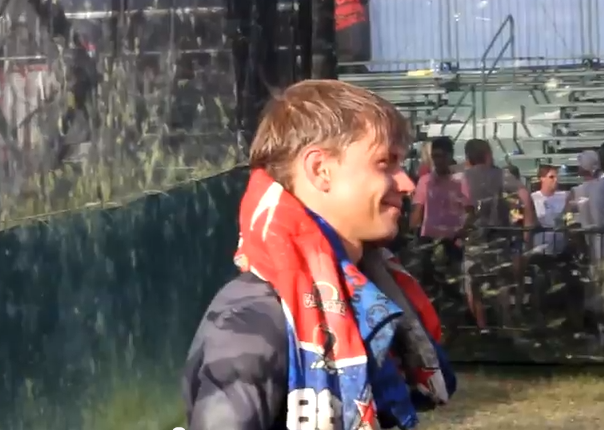 Konstantin Fedorov (K-Fed) shows his superb athleticism when he leaps over a lane of paintballs during the Russian Legion vs.Tampa Bay Damage 2011 PSP World Cup Finals match held at Fantasy of Flight in Polk City, FL.

Included is some bonus footage of Fedorov looking in on Tampa Bay Damage as they celebrate their World Cup win, plus a quick interview about him trading jerseys with Jason Edwards of Tampa Bay Damage after the match.